Reventing ACEs should be seen within the wider context of tackling societal inequalities. While ACEs are found across the population, there is more risk of experiencing ACEs in areas of higher deprivation.

ACEs have been found to have lifelong impacts on health and behaviour and they are relevant to all sectors and involve all of us in society. We all have a part to play in preventing adversity and raising awareness of ACEs. Resilient communities have an important role in action on ACEs.

An ACE survey with adults found that compared to people with no ACEs, those with 4 or more ACEs are more likely to

When children are exposed to adverse and stressful experiences, it can have a long-lasting impact on their ability to think, interact with others and on their learning.

ACEs should not be seen as someone’s destiny. There is much that can be done to offer hope and build resilience in children, young people and adults who have experienced adversity in early life. 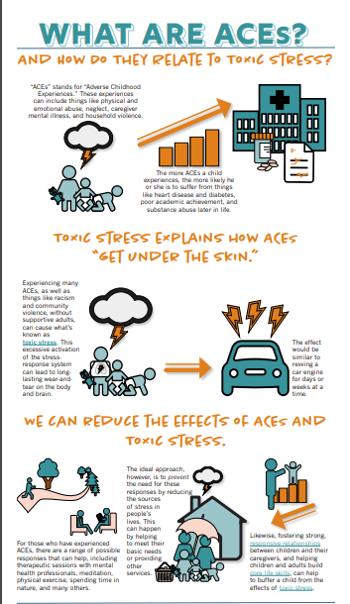